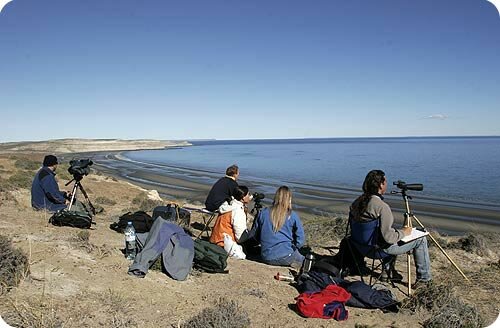 earthOCEAN created an education partnership with Buenos Aires based Non Governmental Organization - Instituto de Conservacion de Ballenas (ICB). Researchers in Argentina have studied the population of southern right whales for 34 years, making it the longest continuing research study of any whale species in the world.

In September and October 2006, earthOCEAN, with the support of ICB, filmed and produced a documentary about the southern right whales in Peninsula Valdes, and followed the research of Argentine and international scientists working to understand and protect these whales, and their marine environment.

All media produced was given to ICB for educational use, and for free distribution to schools throughout Argentina, in order to raise awareness about southern right whales, and the work of ICB.

For more information about this press release, contact at