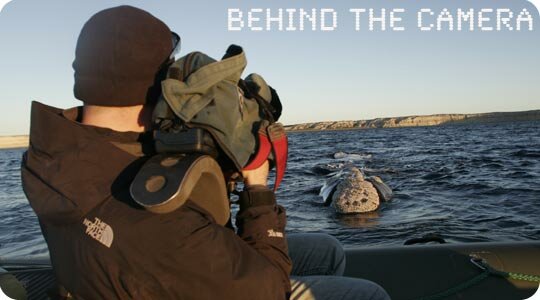 Whales of the Mediterranean Sea - An Introduction

Over the next 3 months, earthOCEAN will be producing a series of documentary films about the state of whales in the Mediterranean Sea, highlighting some of the scientists and conservation groups working to learn more about the species, while exploring some of the threats whales face in the region.

As part of our new online series called Cetacean Investigation, we will produce a number of 10-minute films and broadcast them on earthOCEAN.tv

You can view video clips online in a various formats or subscribe to our new PODCAST on iTunes to download high-resolution videos. To help further examine various environmental issues, we will create fact sheets to download and guides for teachers providing ideas on how our films may be implemented in the classroom.

It is very much a work in progress. We have been coordinating the project, planning, writing, making phone calls, creating contracts, and writing ideas for scripts over the past four months. In Behind the Camera, I will be writing about some of our the experiences behind the scenes to help give some insight into the world of independent wildlife and science documentary filmmaking ranging from technical issues faced producing digital media, to the mundane tasks involved in project management. Every project is a learning experience, and that is what attracts me to this type of exploration of the environment. The combination of images, sounds, motion, experience, surprise and wonder can be absolutely intoxicating diving into the topics that surround whales.
The challenges are immense, the risk can be great at times, and the line between something that is successful or an absolute failure is extremely fine. It is a craft done not to obtain riches, rather a quest for the wealth of experiences.

Luckily, we will be working with some great researchers who are doing vital work for the conservation of the species. It is in Cetacean Investigation, we will tell their stories and provide a platform to explore solutions these experts see are critical and that may not be delivered in mainstream media.

So, all of the intrigue and discovery that goes into making independent documentary films, and all of the challenges and mystique that goes hand in hand working on a tight budget will be revealed in Behind the Camera.

How did all this start?

It all started with an idea stemming from an invitation to come document a very good friends work. Dr. Alexandros Frantzis is a scientist running his own non-profit research group - Pelagos Cetacean Research Institute. Every year, he documents sperm whales throughout the Greek Islands by taking photographs of them to build a catalogue of their distribution in order to understand their ecology in the region.

Alexandros is passionate about his work and the whales he encounters. Sperm whales in the Mediterranean Sea are genetically distinct. The population Alexandros studies looks like they inhabit the eastern Mediterranean Sea all year round. What is unique is that one finds both family groups and lone males in the region in this almost entirely enclosed sea.

For months we discussed ideas to come film his work, and document the sperm whales of Greece. He told us of the great need to help spread the word about these whales in the Greek media to raise awareness about the threats they face.
In July 2007, we are joining Alexandros and his team of researchers for 3.5 weeks to journey through the Greek islands, and will post dispatches from the field in Behind the Camera. From this we will produce a film about the journey and Alexandros’ unique story.

So, we made phone calls and wrote emails to other scientists in the region to help paint a true picture of the current state of cetaceans in various countries. Our Mediterranean film expedition will take us on the Oceana boat, Ranger, to Southern Spain documenting the work of Ana Canadas and Ricardo Sagarminaga, Barbara Mussi of Delphis MDC in Ischia, Italy, Giovanni Bearzi of Tethys Research Institute, Toxicologist Christina Fossi at the University of Siena and Alexandros Frantzis of the Pelagos Cetacean Research Institute in Greece.

We will interview author Erich Hoyt a senior research fellow at the Whale and Dolphin Conservation Society will about the importance of marine protected areas (MPAs) for cetaceans in the Mediterranean sea. Because cetaceans are highly migratory, their needs range over a vast amount of marine area. He views MPAs as critical in the long-term management and survival of the species but also benefits the marine ecosystem as a whole.
Our first episodes from the Mediterranean will be posted in late June.

Next week, I take a side trip to visit some old friends in the Canary Islands - Natacha Aguilar de Soto and Mark Johnson. Natacha is a biologist who studies beaked whale ecology on the island of El Hierro. Mark is an engineer from the Wood's Hole Oceanographic institute who designed an innovative device called the DTAG which is uncovering more about the ecology of the elusive species with each survey.