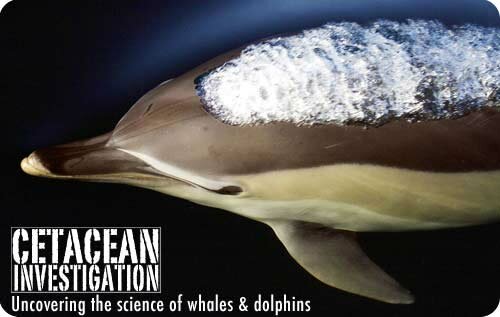 "Whales of the Mediterranean Sea" - A new series of films for the CETACEAN INVESTIGATION series.

From June - August 2007, Chris & Genevieve Johnson of earthOCEAN will produce a series of online documentary films in the Mediterranean Sea

Our Mediterranean film expedition will take us on the Oceana boat, Ranger as they document the illegal driftnet fishery in southern Italy. In mid-June we travel to Southern Spain to film the work of Ana Canadas and Ricardo Sagarminaga. We visit with Barbara Mussi of Delphis MDC in Ischia, Italy and toxicologist Christina Fossi at the University of Siena. In mid-july, we travel to Greece to spend three weeks on expedition with Alexandros Frantzis of the Pelagos Cetacean Research Institute documenting sperm whales. In August, we interview Giovanni Bearzi of Tethys Research Institute at his field site in Amvrakikos Gulf, Greece.

In addition, we will interview author Erich Hoyt of the Whale and Dolphin Conservation Society about the importance of Marine Protected Areas (MPAs) for cetaceans in the Mediterranean sea. He views MPAs as critical for the long-term management and survival of cetaceans that also benefits the entire marine ecosystems. In August, we will attend the "The Effects of Noise on Aquatic Life Workshop" in Denmark and interview scientists studying the affects of anthropgenic noise on marine mammals.

Our first episodes from the Mediterranean sea will be posted in late June.