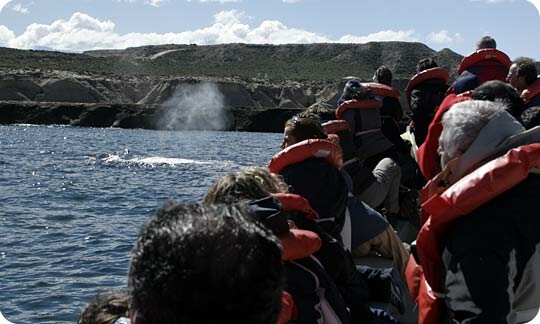 Southern right whales in Peninsula Valdés are perhaps the best-known wild cetaceans on earth. I made my first acquaintance with these right whales last year, and felt compelled to return to see them again.

The whale watching industry has boomed in the last two decades, and is the best way there is to get people excited about whales, and in turn, excited about the oceans. Getting up close and personal with one of the biggest animals ever to live on the planet is a humbling experience. One is simply not prepared for anything to be that large.

I joined about 60 other whale watchers on a large catamaran. I participate in whale and dolphin watches all over the world, but nothing compares to Patagonia. You really don't even have to go on a boat to whale watch, they really are that close to shore, just look at the photo!

We are on the water for less than two minutes, and less than a kilometer from shore before we are with a mother and calf pair. Four other boats are near by, but there is no need to share our whales, there are plenty to go around. I do a quick blow count and there is at least 8 whales within the immediate vicinity. This is not an exceptional day, this happens everyday between June and December in Gulfo Nuevo, Peninsula Valdés.

As I stand mesmerized at the hand rail, its almost unfathomable that these animals come anywhere near us after the near annihilation of their species, by our own. I take a moment, reluctantly turning from the whales, but I am almost equally intrigued by the looks on the faces of the tourists. I sit for a moment, watching people, watching whales. No spectacle on earth that I know of, can cause the same expression on every single face in a crowd, sheer awe!

The potential for power is belied by the ponderous grace of the 50-ton bulk of the right whale, which actually appears to move in slow motion. Suddenly a whale explodes through the surface off our bow, even when breaching these whales give the appearance of moving slower than they ought too. Propelling a 50-foot, 50-ton body is a feat requiring phenomenal amounts of strength and speed.

I befriend a British couple as a right whale mother rests her giant head not less than 2 feet from the starboard beam of the boat. She has maintained this position for fully 10 minutes as her calf swims boisterously around the boat, she appears as content as her baby is playful - the crowd is mesmerized, and so am I. The British couple tell me they have never seen a whale before and know nothing about them. They were traveling through Argentina and a friend told them the whales were a 'must see.' With nothing better to do today, they decided to give it a go. They have filled the two memory cards for digital camera. As I stand beside them, they cannot stop smiling, yet can't quite bring themselves to speak coherently. This is the effect whales have on people, This is the power of whales, and this is the value of whale watching! And with more countries starting whale watching tourism, and more people watching whales, the desire to protect them and their habitat is growing.

There is some criticism of whale watching, but if well regulated, which most are now, there is no problem. Simply do a little research before choosing an operator.

So if you want on help the whales and the oceans, go out on a whale watch, learn more about whales. A percentage of your money goes back into the local community, and often conservation efforts. Seeing a whale will change you forever, ask anyone who has been whale watching, and then try it for yourself. Who said you can't have the time of your life and help the environment at the same time! 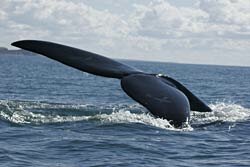 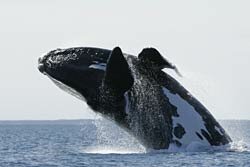