Derived from the Latin medius (meaning "middle") and terra (meaning "earth"), Mediterranean literally means the 'sea in the middle of the earth'. Surrounded by three continents, Africa, Europe and Asia, this is how the Romans viewed the region when they first named the sea.

As a sea around which some of the most ancient human civilizations were arranged, the Mediterranean has had a major influence on the history and ways of life of these cultures. It provided a way of trade, colonization and war, and was the basis of life (through fisheries) for numerous communities throughout the ages. The combination of similar-shared climate, geology and access to a common sea has led to numerous historical and cultural connections between the ancient and modern societies around the Mediterranean.

The geological history of the Mediterranean is one of the most dramatic of our planet. Approximately 300 million years ago, nearly all land masses of the world joined around the ancient Tethy's Sea to form a single giant super-continent called Pan-Gaea. Around 180 million years ago, the constant movement and displacement of the continental plates began to tear Pan-Gaea apart. Gradually Africa was separated from Eurasia, and the American continents began to break away towards the west, creating the space that formed the Atlantic Ocean. Tethy's then entered its final phase. With Africa separating from Eurasia, an open passage formed between the future IndoPacific Ocean and Atlantic Ocean.

About 25 million years ago, Africa began to move north, colliding with Eurasia in the region of the Middle East. Tethy's was divided and the west lost contact with the IndoPacific Ocean. A new sea was born. Trapped between three continents and almost totally enclosed, it was inevitably named Mediterranean. Coral reefs with tropical flora and fauna proliferated in the newborn sea, but not for long….

Around 6 million years ago, the most dramatic event took place in the history of the Mediterranean. The passage connecting the Mediterranean with the Atlantic Ocean closed decisively, transforming it into an inland sea. Over the next million years, the Mediterranean dried up, leaving a salty desert and a few saline lakes. Most marine life probably disappeared. A rise in the water level and earthquakes in the region of Gibraltar combined to split the land once again, forming the largest waterfall in the history of the Earth. Within a century, the thirsty Mediterranean basin filled with water and life once again, lowering the global ocean level by twelve meters.

Longer than wider, 3,800 kilometers separate the western most point from the distant eastern shore, while its greatest breadth does not exceed 700km. Its average depth is 1,429 meters, and its surface covers an area of 2.5 million square kilometers, about 1% of the total of the surface of the world's oceans. If its coastline were to be laid out strait, it would reach 46,000km, a distance greater than the perimeter of the earth at the equator. From an oceanographic point of view, the most important characteristic of the Mediterranean is undoubtedly it isolation. The Strait of Gibraltar is the principle passage of communication with the oceans of the world at only 15 km wide and 350 meters depth. The less significant link is via the artificial, narrow shipping channel of the Suez Canal that connects the Mediterranean to the Red Sea. The Strait of Gibraltar is the life giving umbilical chord. Should it close, the Mediterranean's water deficit, or high evaporation rate, is such that it would dry out completely within 1,000 - 1,500 years.

The intense blue coloring of the Mediterranean Sea is testimony to the comparative absence of life - it is among the most nutrient-depleted body of water of large size on earth. The marine biota of the Mediterranean Sea are derived primarily from the Atlantic Ocean. The North Atlantic is considerably colder, less saline and more nutrient-rich than the Mediterranean. The increase in salinity counteracts the effects of rising temperature, so that the density of Mediterranean seawater increases eastward. This dense seawater sinks, filling the depths of the basin. The formation of dense water through the process of evaporation induces down welling (sinking) of surface water, removing nutrients from the surface and preventing their renewal in the photic zone (the sunlit upper layer). Thus the productivity of phytoplankton is low and, in general, biota at the surface and in the deep sea is sparse. On average, it can take approximately 80-100 years for water in the Mediterranean Sea to cycle back westward into the Atlantic. The marine life of the Mediterranean Sea has had to adapt to its differing conditions in the five million years since the basin was re-flooded, leading to slight genetic variation among species of this isolated sea, and their open ocean cousins. 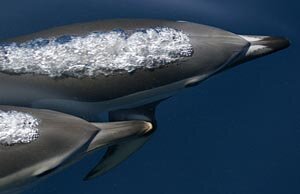 While many people are unaware of the presence of whales in the Mediterranean Sea, eight species of cetaceans are known to be regular inhabitants. These include two large whales, the fin whale and the sperm whale, and six smaller whale and dolphin species, the Cuvier's beaked whale, the long-finned pilot whale, the common bottlenose dolphin, the Risso's dolphin, the striped dolphin and the short-beaked common dolphin.

Species known to regularly visit the Mediterranean Sea are killer whales from the Gibraltar Strait, and harbor porpoises from the Black Sea.

Less common visitor species include the Common minke whale, the humpback whale, the false killer whale and the rough-toothed dolphin. Species that have been documented by are assumed to be rare ‘vagrants' to the Mediterranean include the North Atlantic right whale, the sei whale, the northern bottlenose whale, the dwarf sperm whale, Sowerby's, Gervais' and Blainville's beaked whales, and the Indo-Pacific humpback dolphin. Despite the relatively small area of the Mediterranean Sea and its adjacency to a large human population, there is still much we don't know about the ecology of cetaceans in this area. There are numerous aquariums containing cetaceans throughout Europe. To see cetaceans in the wild, there are a few places to participate in whale and dolphin watching. 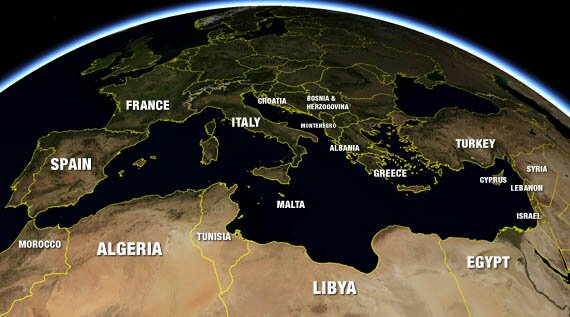 Bordered by twenty-two nations, 130 million people live permanently along the Mediterranean coastline, a figure that doubles during the summer tourist season. 400 million live in the surrounding area - approximately ten percent of the world's population. This makes the Mediterranean one of the most densely populated regions in the world, and an area facing many marine conservation challenges. Each country with a coastline in the Mediterranean has an exclusive economic zone of 12 nautical miles. All waters beyond are deemed international, meaning they belong to no one and everyone. There is an inherent difficulty in getting so many different governments to cooperate in the management and protection of coastal and deep-sea resources.

Enclosed seas tend to suffer most because human impacts are concentrated. Marginal seas, which are generally shallower than open oceans, are more influenced by human activities, river runoff, climate, and water circulation. Growing industrialization, shoreline populations, and tourism since the mid-20th century has resulted in severely polluted waters in many Mediterranean coastal areas. All cetaceans living in the Mediterranean are subject to a suite of threats that show little sign of moderating, and may well be worsening. E.g.: incidental mortality in fisheries, habitat degradation, prey depletion, disturbance from ship traffic, and health effects caused by pollution. 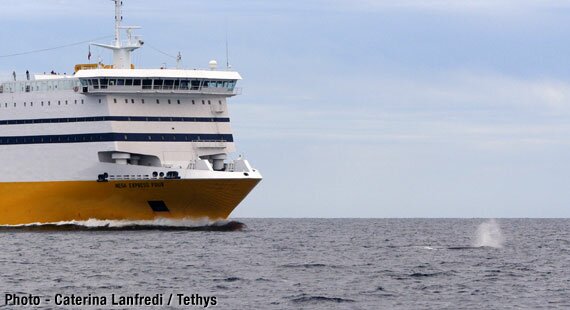