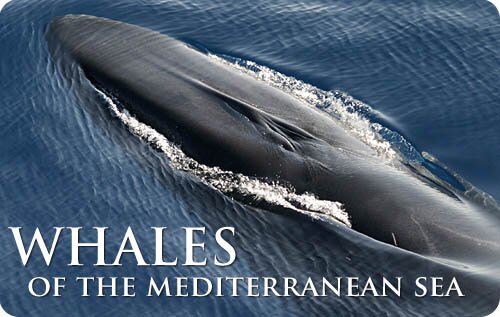 This is the first of a five-part series called "Whales of the Mediterranean Sea". In this episode, earthOCEAN explore the geology, and oceanographic history of the ancient Mediterranean Sea. They discover the species of cetaceans (whales, dolphins and porpoises) inhabiting the basin, talk with the scientists who work for the conservation of the species and their various habitats.

Utilize science and information technology to investigate cetacean species in geographically isolated regions, such as the semi-enclosed Mediterranean Sea.

Students use what they learned about the cetaceans of the Mediterranean Sea as a catalyst in investigating another geographically isolated marine region of the world's seas and oceans. By selecting a region and a resident species of cetacean, students see the connectedness between the evolution of a species, geographic isolation, and their associated vulnerability. This technology-based activity promotes a wider appreciation and understanding of the role of geographic isolation and the associated oceanographic conditions, on the movement and evolution of unique cetacean species and sub-populations. This program can be used as the first component of the five-part series, or as an isolated activity. Related Resources

The "Sea in the Middle of the Earth" Activity program is specifically directed at Grades 9 - 12 biology, geography, oceanography, environmental education, and IT studies. Lateral thinking allows activities encompassing whales and dolphins to link into a wide range of secondary curriculum areas. An awareness of other animals, particularly the study of charismatic keynote species, is crucial for students to learn about the issues involved in conservation and how the choices we make affect the world around us. Learning about the lives of other animals changes our 'world view', fosters a sense of responsibility and encourages action. The topic of cetaceans (whales, dolphins and porpoises) fits most obviously into the science learning area. However, there is ample opportunity to incorporate cetaceans into the geography, English and art frameworks.